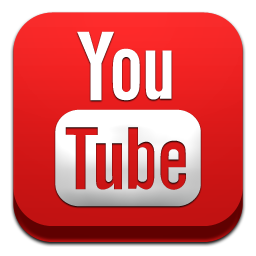 Who is mahavatar babaji ?

Who is the best astrologer in south Bangalore

Who is the best astrologer in Bangalore

who is best astrologer in bangalore city

Who is the best and genuine astrologer in Karnataka

Who is the best black magic removal expert in Bangalore

Babaji’s Amrutha Kriya is a Spiritual Treasure of nectar available to all humanity from Babaji through Dr. N Rajagopal and Mataji Mala Rajagopal.

There is no structured program or fixed time frame for one to be an “Amruthawan”. But, it is expected that one must have certain minimum exposure to Babaji’s life and teachings, his vision for transformation of the society through self-transformation. This is a must before the preparation for the sacred initiation. Self-Transformation leads to Self-Realization followed by Purpose Realization. Therefore, instant initiation, cyber initiation, mobile initiation or online initiations have no workable sanctity for this spiritual path and we do not advocate these. The divine aspirants are invited to invest their physical presence and time for the initiation. In the spiritual journey to realize the self, one shall not buy the notion that times have changed or time is not available at disposal etc. These will only hinder the path to elevate the aspirants. It also tends to curb pursuing happiness through the acquisition of life experiences such as traveling, meeting people, understanding others, participating in Sat Sangh, sharing our emotions and feelings with other divine souls etc.,

For this, the spiritual aspirants are invited with open hands to participate and have first-hand experience in understanding the basics of self-practice, prayer, methods, purpose, benefits, limitations etc., so that the seeker is not only able to guide and lead others down the line without any lacuna to achieve the goal of simple living with high thinking, but also open the gate of love and light in identifying self with the macro society.

For the initial steps one has to invest at least one day with a physical presence of 360 minutes. The location is at Babaji Sannidhan, Bangalore - India or at different convenient locations as may be specified on case to case basis, including Mahavatar Babaji Cave at Dunagiri Hill of Uttara Khand on a special occasion. The sacred science of Yoga – “Babaji’s Amrutha Kriya Yoga” is open to all humanity across the globe. The minimum participatory age is 16 Years and there is no upper age restriction, so long the person is mentally sound with normal health. There will be no body exercise or postures in the program, but the participants will be guided to follow certain minimum physical activity which they can practice on daily basis.

Though we are individuals, still we are not independent. No one can be independent on this earth. Everyone is interdependent. Self-Realization allows us to realise about us with the society and the nature. It could bring a drastic transformation within oneself. But with a poor understanding, such individuals fail to look towards the society we live in. We need to be concerned about the society we live in and the all the other lives it contains. Hence we need to be with and help other co-born with us in this society. Therefore there arises a need to look beyond Self-Realization, which is Self-Realization with Purpose Realization. There is a purpose in our coming to this planet through birth and we must know that purpose to guide us in our pursuit. The four ideal aims of Hinduism or Caturvarga, a person should have been born are Dharma (moral duty), Artha (Economic Prosperity), Kama (Love or pleasure) and Moksha (Spiritual liberation). Though each one of the four of these ideal aims or "object of human pursuit" are classed as being important, Moksha is considered to be the ultimate Goal for any human. After this, Dharma takes priority over the others. By linking these Caturvarga pursuits or Goals to the four stages of life Brahmacharya (pupil), Grihasta (householder), Vanaprastha (forest dweller), and Samnyasin (renouncer), one can go on enter into research and dwell on theories after theories, but we have to cut short and bring into understanding for a practical approach with the guidance of Mahavatar Babaji.
In this “Amrutha Kriya Yoga” initiation, the seeker will come to know of his purpose of birth. Therefore he or she can channelize his or her life in that pursuit for which he or she was chosen. Hence the initiation paves the way to a purposeful life from a purposeless way of living.

Those who complete the practice satisfactorily are initiated into Babaji’s Amrutha Kriya Yoga and are known as “Amruthawan”. They are identified with and dedicate their life in the teachings and works of Mahavatar Babaji. They will help and guide other aspirants in achieving union with Mahavatar Babaji, through dissemination of right knowledge, right enquiry and right practice.

At the age of eleven, along with a group of scholar ascetics from Banaras, young Nagaraj made an arduous journey on foot and partly by boat to the sacred shrine of Kathirgamam.

The famous sacred temple at Kathirgamam in southern most tip of the Sri Lanka is a Shanmuga shrine, which is most revered place of worship for Hindus and Buddhists, and off late to Muslims. Centuries ago Gowthama Buddha took a long pilgrimage to the above shrine. This temple established by Siddha Boganathar contains no carved image of God. The Siddha Boganathar had only installed a Mystic-Yantra (Geometrical symbol) carved into gold plate, representing within its form and mantra syllables, a crystallization of great deity Shanmuga. Siddha Boganathar imparted the mystic power of this Yantra for the benefit of all those who seek the blessings of lord Shanmuga. Down through the centuries Kathirgamam has been the scene of miracles to millions. The Kathirgamam shrine is deep inside the forest, beside the river Manika Ganga. From a very long time Saints, Sages and Siddhas of yore practiced severe austerities and one can imagine how the place would be filled with their vibrations.

Babaji Nagaraj met the Great Siddha Boganathar and became his disciple. Boganathar was the grandson of famous immortal Siddha Thirumoolar. After initiation from Boganathar, Nagaraj performed intensive yoga sadhanas, particularly various “dhyana kriyas” under Bogar’s guidance. The penance was done for long period without a break and gradually intensified. On looking at the devotion and dedication at which Babaji Nagaraj performed the penance, Bogar also further initiated his sincere disciple into more advanced kriyas. His consciousness expanded and Babaji Nagaraj realized the divinity within him. His consciousness merged in the cosmic spirit. The Samadhi experiences gradually deepened over the months and climaxed with a vision of Lord Kumaraswamy or Shanmuga. Babaji realized that he was incarnating the consciousness of Lord Shanmuga. Under Boganathar’s guidance, Babaji delved into the mysteries of the ten systems of sanathana philosophy to understand and appreciate the full significance of Siddhanta of the Siddhas.

Babaji was inspired by Bogar’s advice to seek out the powerful sage and Siddha Agasthya for his further initiation into Kriya Kundalini Pranayama. Sage Agasthya was at Courtrallam in the Pothigai hills of Tamil Nadu.

Babaji moved to Courtrallam on foot and on arriving there resolved to remain at that place until Agasthya initiated him into the secrets of yoga. Babaji adopted a suitable asana, and began to pray for the appearance of the great sage. He was fed at times by the pilgrims. He never left the place, in spite of the forces of nature like rain, shine, dust, insect bites etc., He prayed with great fervour and patience by surrendering his life to God. On the 48th day, when he was whiskers away from complete collapse, he fervently repeated the sage Agasthya’s name. No sooner the message reached the Sage telepathically, than he was by his disciple’s side immediately. Babaji Nagaraj’s love & fervour melted the heart of the Siddha. Agastya embraced Nagaraj, fed him and later imitated him into Kriya Kundali Pranayama or “Vasi Yoga”.

Siddha Agastya was in total control of the entire southern India. He was the savior and guardian. On the instruction of lord Shiva Siddha Agastya stays in southern India, near Kanyakumai. The Himalayas were so tall that the shadow engulfs the entire south making it dark. So Sage Agastya turns his journey towards north. On seeing Siddha, the Himalaya bends to half and bows its head to pay tributes to the sage. Sage Agastya blesses Himalaya to remain as such, and hence the height of Himalayas reduces to the present height [4].

Sage Agastya, after giving due emphasis to the strict conditions under which it was to be practiced and its potential for awakening the higher levels of consciousness, enlightenment, and the ultimate transformation of the Pancha Koshas, directed Babaji to go to Badrinath in the upper ranges of the Himalayas.

Badrinath is in the Himalayan Mountains at a height of 10,243’ above MSL a few miles south of the border of present Tibet. It lies at the confluence of the Rishi Ganga and Alaknanda Rivers. Heavy snowing at about mid October causes people to move out of Badrinath. Only the most courageous of yogis can live in Badrinath then. The place is sanctified by the presence of the hermitages of many sages, Rishis, Yogis and Siddhas as well as a temple dedicated to Sri Badrinarayan or Lord Vishnu.

Adi Shankara re-enshrined the image of Lord Vishnu, which lay asleep in the NaradKund Lake. Pilgrimages are under taken to Badrinath to overcome evil karmas and also to attain Moksha (liberation) from the cycle of births and deaths.

As per the directions of Agastya, Babaji moved to Badrinath and spent 18 months practicing intensively all the Kriya yoga techniques taught to him by his gurus Boganathar and Agasthya.

After 18 months of rigorous yoga Sadhana, Babaji entered a state of Soruba Samadhi, wherein the Absolute Divinity descended, merged with and transformed the spiritual, intellectual, mental, vital as well as the physical bodies. From then on, Babaji’s physical body ceased to age and sparkled with a golden luster of divine incorruptibility.

Babaji and the 18 Siddha traditions by M Govindan